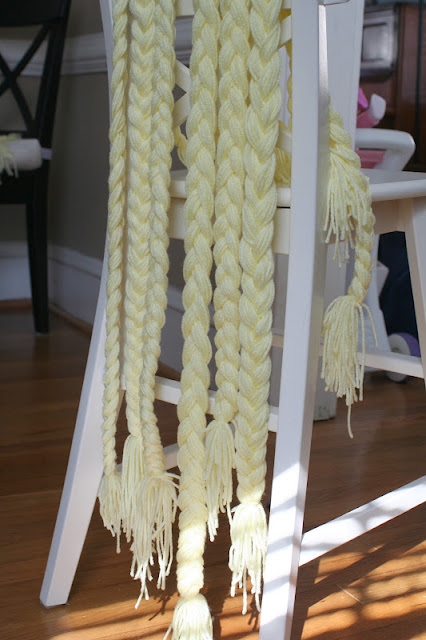 She's been talking about her birthday for four months, and yet I wait until a week before to start preparing. Hello, my name is Christianne, and I'm a procrastinator.


We are having a Tangled-themed party this Saturday morning, and I am up to my eyeballs in yellow yarn, silk flowers, and purple pennants. I have no doubt it will all come together, but I'm not sure how much sleep I'm going to get between now and then.

To get ourselves in the right mood, I've wrangled up some retellings of our new favorite Disney princess:

Rapunzel was my favorite fairy tale as a child (all that blond hair!), and I've loved this particular version for a long time. The illustrations are luscious, although the text is lengthy and a little too mature for young children. I actually like the fact that this version follows the traditional plot of Rapunzel getting pregnant while in the tower. (It also, thankfully, includes a hasty marriage.)

Falling For Rapunzel by Leah Wilcox

If you're in the mood for a less traditional version of the long-locked princess, check out this funny little book. In the story the prince hopes to "fall" for Rapunzel, but being so far up, she can't understand what he's saying. Instead of her hair, she throws all sorts of objects down to him (each one cleverly rhyming with whatever the prince said before). But in the end she tosses something to the prince that does win him a "happily ever after." 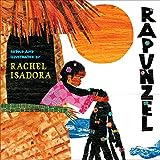 Why should blonds have all the fun? These breathtaking collages set the fairy tale under an African sun. The prince rides a zebra and the sorceress climbs Rapunzel's black dreadlocks, but otherwise the tale follows the traditional plot.