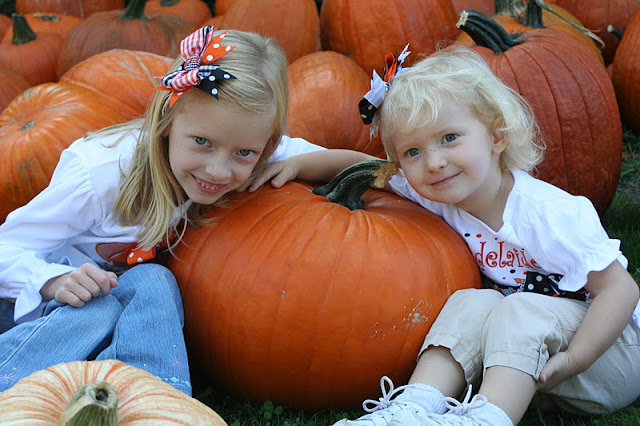 The front of A's preschool transforms every year into a pumpkin patch. And every year we go to pick out the perfect pumpkin. 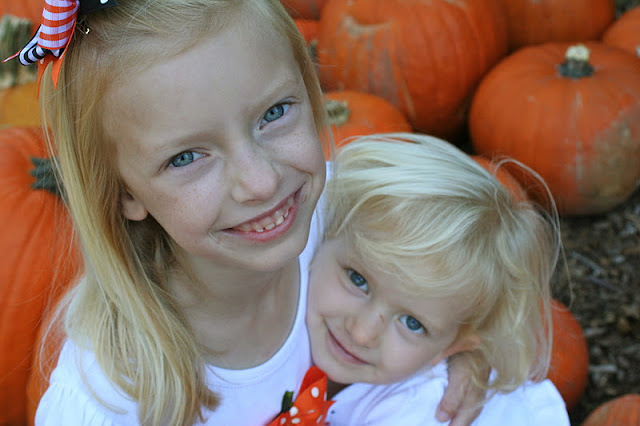 This year I took the opportunity to do a little photo shoot with the girls. They looked so cute in the festive shirts and matching bows my sister-in-law made for them! (They're for sale - the shirts, not my girls - on her website Just for Me Sewing.) 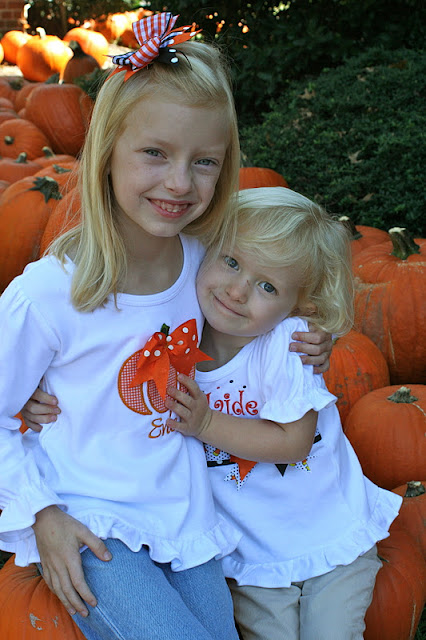 If you're wondering how I managed to get both girls happily posing for me... they were promised a pumpkin of their choice at the end of the photoshoot. Worked like a charm. :)

Think The Ugly Duckling, pumpkin edition. A pumpkin wanders around being rejected by Halloween-themed creatures until he discovers he's not a pumpkin at all. The pictures are bright and cheerful (making some of the scarier creatures not so much) and the rhymes are well-written. To be honest, however, it was a single line that sold me on this book: "Oh my gosh! I'm a squash!" I laughed out loud when I read that for the first time. Pure genius and alone worth a LPT recommendation.

Here's a colorful Halloween book perfect for preschoolers and toddlers. Forget ghosts and witches, this holiday book starts in the springtime as two children plant and tend a pumpkin patch, eagerly awaiting their future jack-o-lantern to grow. Painted paper collages will capture the attention of even very young children while the simple and educational text will introduce kids to the life-cycle of our favorite fall squash! 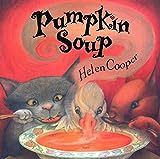 Cat, Squirrel, and Duck live harmoniously together in their pumpkin-shaped home. Their lives have a certain rhythm and each have their own role in making their favorite pumpkin soup. One day Duck wants to stir instead of add the salt. When a fight breaks out among the three friends, Duck runs away and the others decide to make the soup without his help. Of course, it doesn't taste the same and when Duck returns they make up and let him stir. He splashes soup everywhere, but the others don't mind. They realize that the friendship is more important.

What would October be without the Five Little Pumpkins? The classic poem is a staple in preschool classrooms and homes this time of year. I have seen numerous versions in print, but this newest release is one of the cutest yet!

Email ThisBlogThis!Share to TwitterShare to FacebookShare to Pinterest
Labels: pumpkins