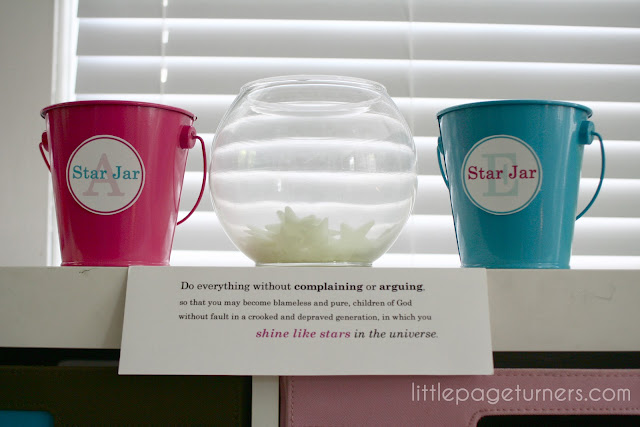 Okay, so "cure" might be overstepping it a bit, but this has been a great method at controlling the amount of complaining that goes on around our house.


Each child is given their own "star jar" - in our case, little buckets from Target's dollar spot that I attached their initial to. 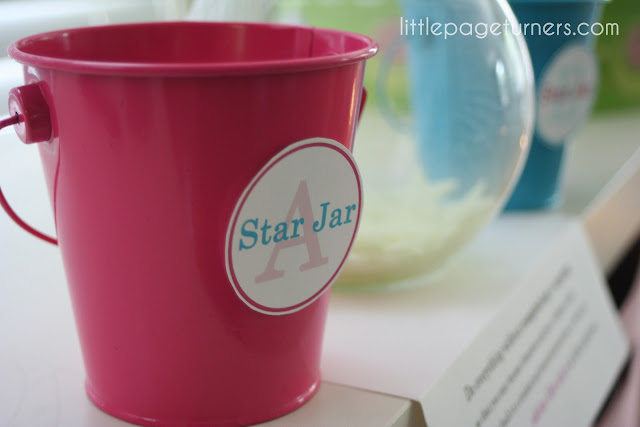 Every time I catch them doing something without arguing or complaining about it, they get to put a star in their jar. They are not allowed to ask (or hint) for a star, and they're more likely to get one by doing their chores without being asked. I also award stars when I catch them being kind or helpful. 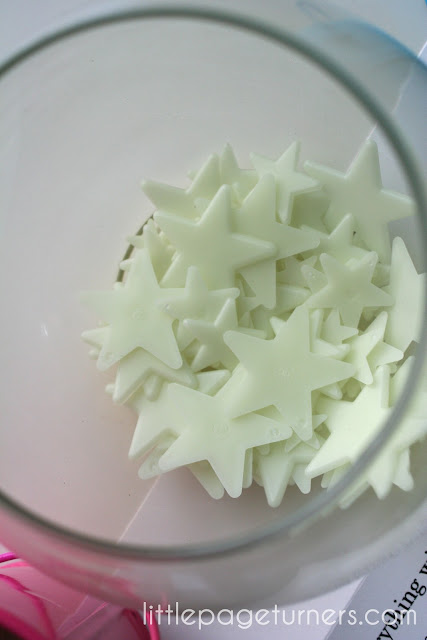 Beneath the jars is a print out of Philippians 2:14-15... a constant reminder of WHY they're to refrain from complaining and arguing (besides just to save Moms' sanity)! 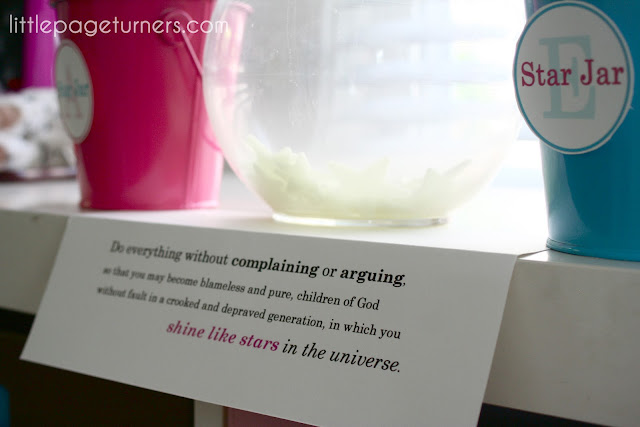 The girls absolutely love their star jars. We've been doing it for nearly a month now, and it's still a success. They're in a bit of a competition to see who can earn the most stars. When the main jar is empty, they will each get to pick where on their bedroom ceiling the stars they earned will go. I have a feeling the space above their beds will be crowded with stars!

Email ThisBlogThis!Share to TwitterShare to FacebookShare to Pinterest
Labels: parenting