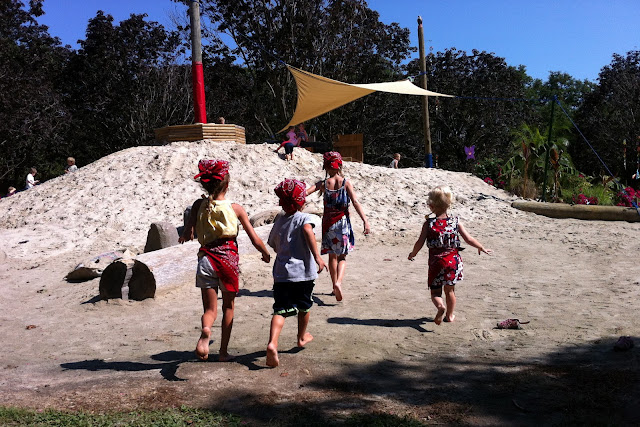 Each summer our local botanical garden puts on a special kid-friendly exhibit. While I doubt they will ever be able to top their Enchanted Storybook Forest, this year's Voyage of Discovery came pretty close. 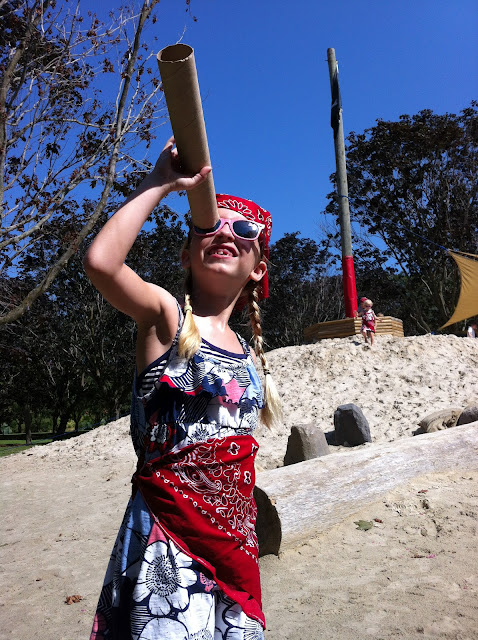 I met a friend at the gardens one fine morning, bringing with me a pack of bandanas and recycled paper tubes. Within minutes we had transformed the kids into fierce pirates!

The kids were instructed to find six treasure boxes around the garden - most located at various "ship" exhibits - and locate the code word on the box. 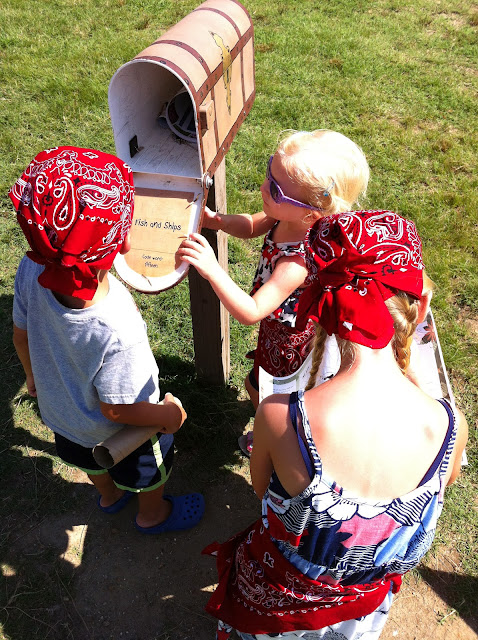 Then they had to write the code word in the correct spot on their treasure map. 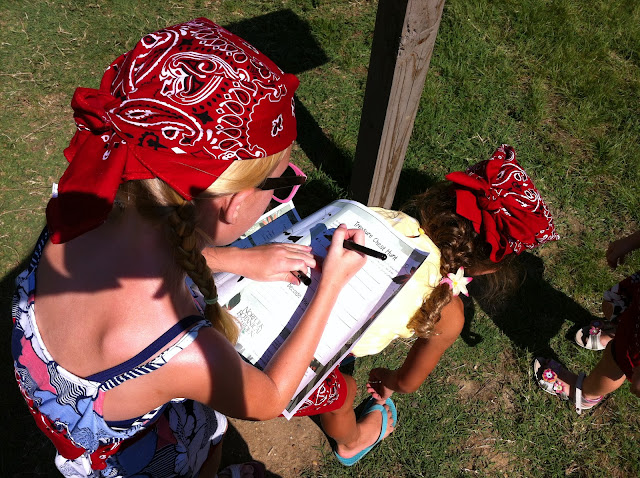 The exhibits were all different and included a giant sand dune, a minimalistic pirate ship... 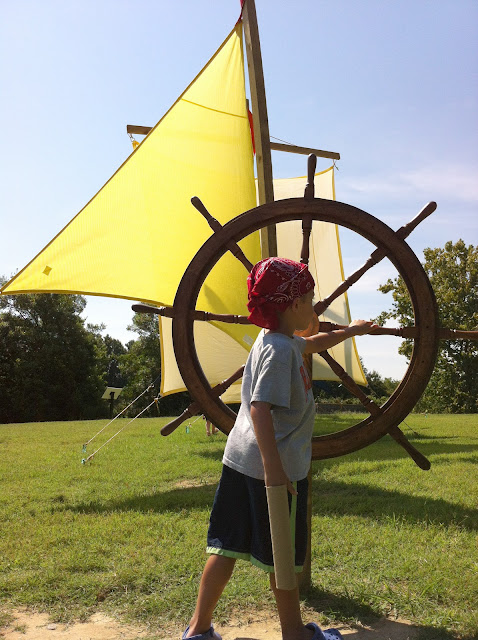 ...a set of nautical flags hiding a secret message... 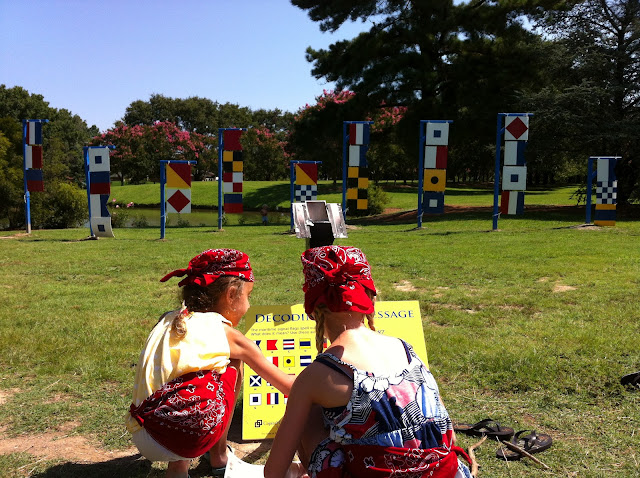 ... and a replica of the USS Constitution. 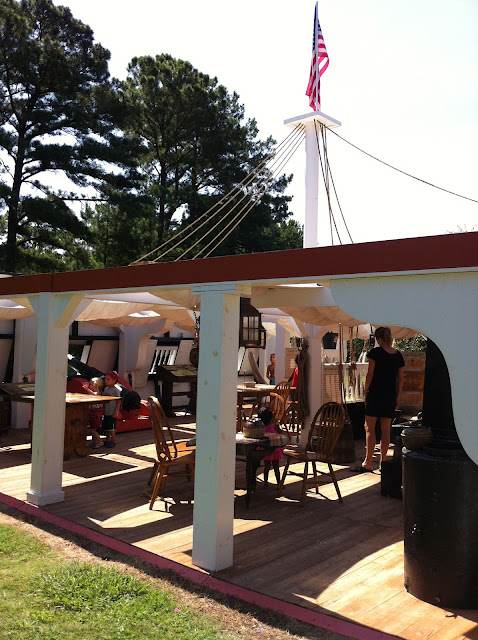 The replica was really quite impressive, and while I had fun learning about life aboard an 18th century vessel, the kids had fun in the hammocks. 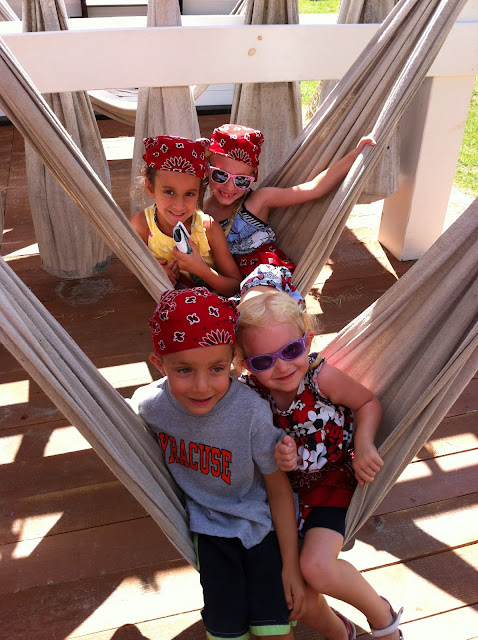 We were all happy that one of the treasure chests was located by the butterfly house.
Apparently butterflies love red bandanas. 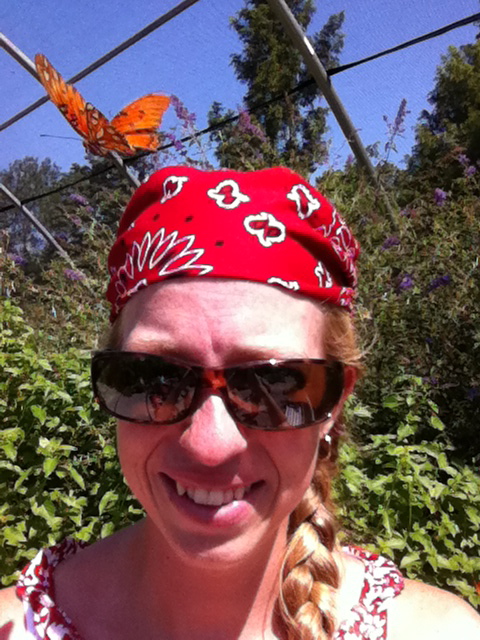 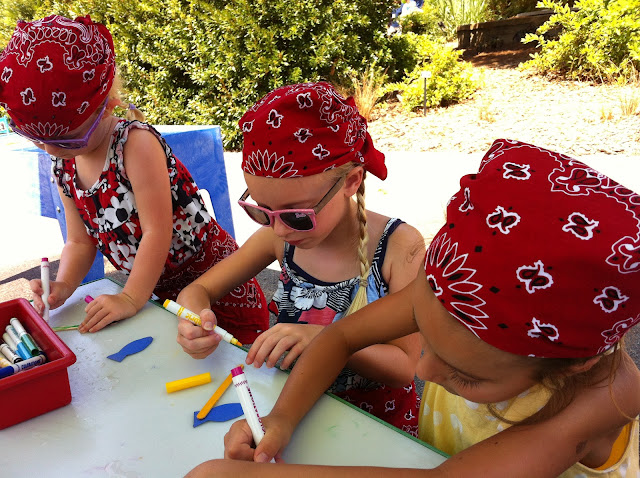 And when the pirates had solved all the clues and won their prize, they cooled off in the fountains. Because pirates love water fountains! 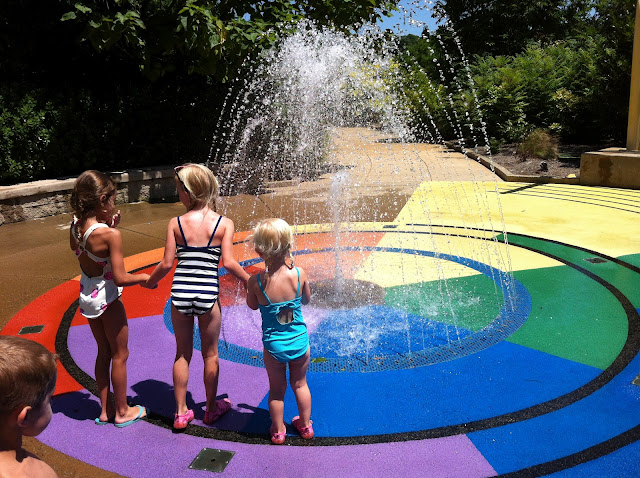 I've reviewed many pirate books over the years, but here are two perfect for the end of summer as we start to get kids ready for the fall...


The Pirate of Kindergarten by George Ella Lyon

Despite the cover, this book isn't actually about a pirate attending kindergarten. (See the next review!) Rather, it's about a little girl who has double vision. It describes her struggles at school while she tries to do activities while seeing two of everything. Eventually the adults figure out what is going on and help correct the problem (hence, the eye patch).

It's a short story with cute illustrations that reminds kids that we don't always know what's going on with others who may act differently than us.

If you were looking for a school-pirate themed book, this is the one for you. With rhymes reminiscent of What Snowmen Do at Night, the book sing-songs its way through a day of school as pirates join in on all the activities. It's cute, simple, and will hopefully help get your own little pirates excited again about returning to school in a few short weeks.