A Mermaid Hunt (and lots of fun mermaid crafts) 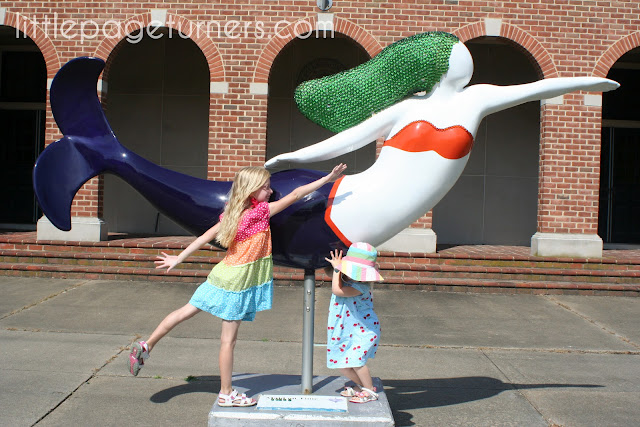 It's our first week of summer break and we're celebrating with mermaids!

We started off with a mermaid hunt. Our city is FULL of these mermaid statues, and this summer we've decided to hunt them down! Don't worry, it's strictly catch and release. For our first mermaid hunt we hit the mermaids at the local libraries, of course.

The one above is the Maid in Time mermaid, and this lovely sequined lady is the Blue Mirrored Mermaid. (Finding out their official names is part of the hunt!)

We caught three mermaids in all... only dozens to go! 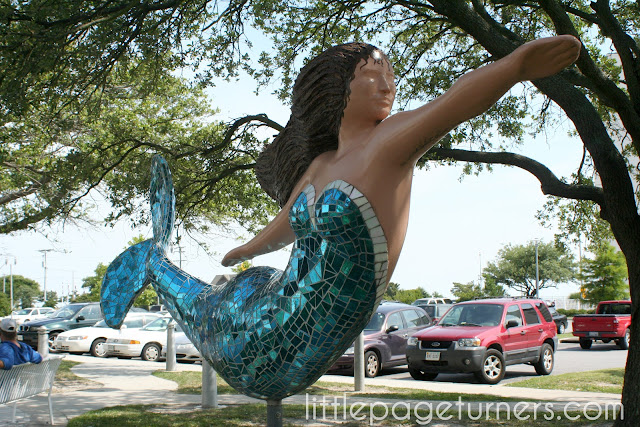 Tired from our hunt we headed to the beach where I spotted another little mermaid! 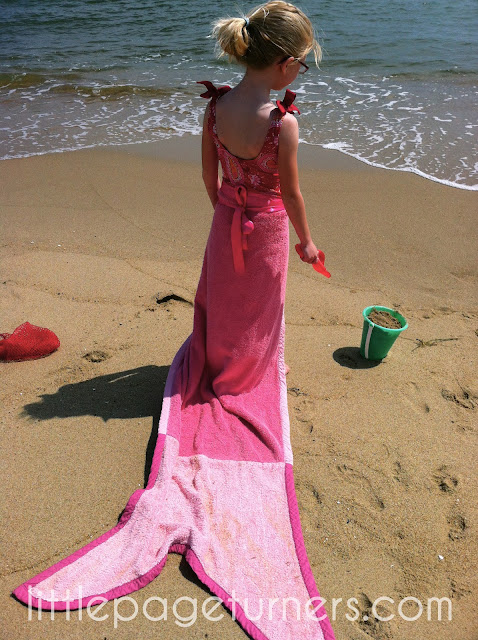 I made this mermaid towel years ago for E and it's about time I make another for A. If you want to see how I did it, check out this tutorial. 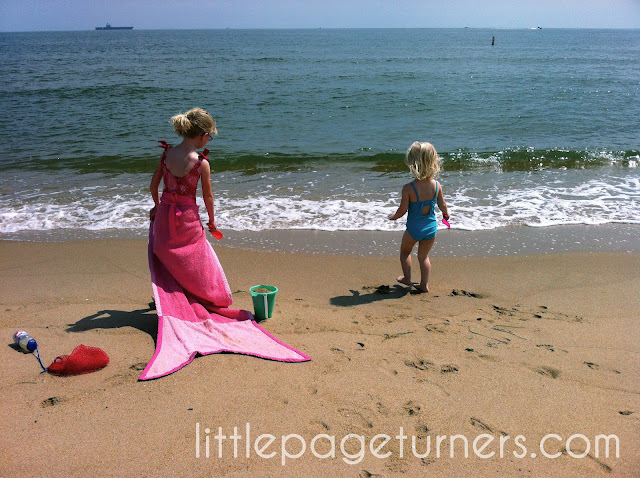 Of course the girls' dollies didn't want to miss out on the fun, so I whipped up a couple mermaid costumes for their 18 inch dolls. 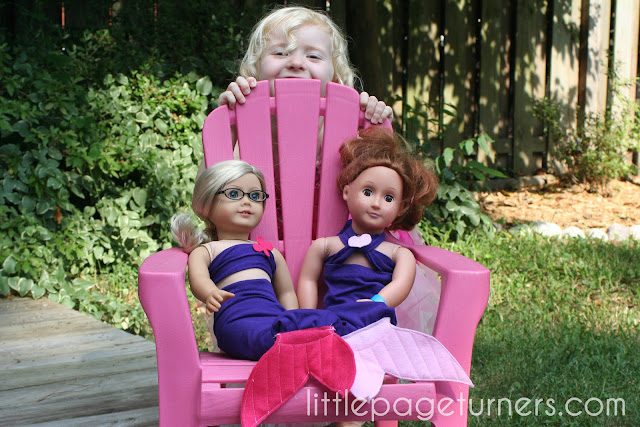 I loosely followed this tutorial at Angry Chicken. I made mine out of an old t-shirt and regular cheap felt (basically what I had on hand). If you try it yourself, make the tube longer and wider than you think it should be, as it needs room to stretch when the doll is sitting. The tube tops are simply strips of extra fabric I tied around the doll's bust. Simple and cheap, but the girls were thrilled. 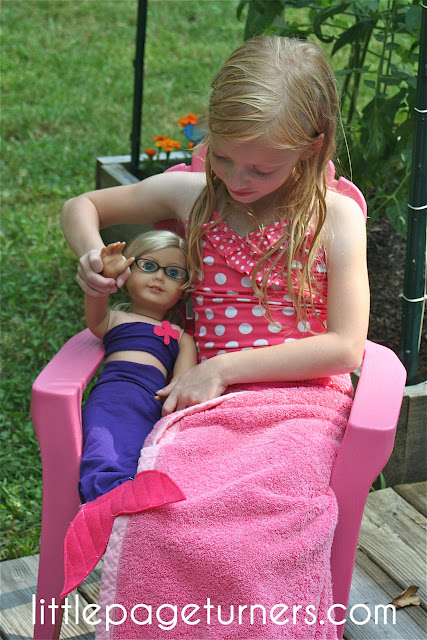 Then at bathtime the mermaid did a little hunt of her own! That octopus is sooooo busted.
(DIY bath mural tutorial) 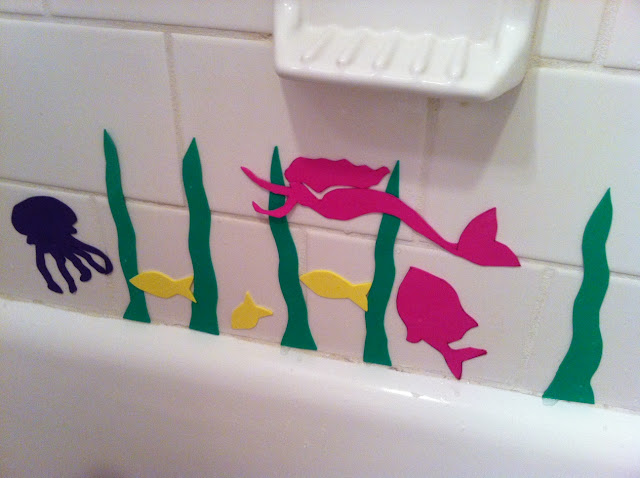 And of course we have been finding new mermaid books to read!

E received this one for her birthday and it reminds me a lot of The Mermaid's Bracelet. The book contains numerous envelopes containing the letters exchanged between a girl and a mermaid. The illustrations are lovely and the simple act of removing and reading the letters draws children into the story. I'd like to add letters of my own to surprise E the next time she reads it!

The Tail of Emily Windsnap
by Liz Kessler

I have not read this novel, but E picked it out from the school library and really enjoyed it. (Yes, we have officially reached the stage where I can't screen all of her reading. Wow, that came sooner than I thought it would!) There is a whole series of Emily Windsnap books, but this first one tells the story of how Emily - a seventh grader - discovers she's a mermaid and begins attending mermaid school.

Email ThisBlogThis!Share to TwitterShare to FacebookShare to Pinterest
Labels: mermaids