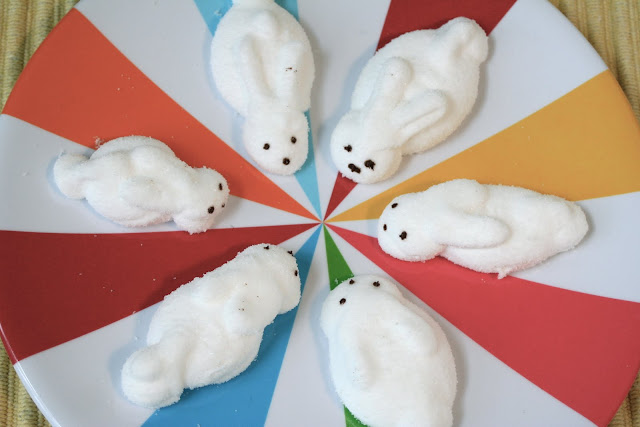 Aren't my Marshmallow Bunnies adorable?!? I think this shot looks like something out of Watership Down

, but that's not our book of the day. I'll show you how to make your own marshmallow bunnies, but first... a book about a bunny named marshmallow!

I hope you grew up with this wonderful story, but when I met it in the Easter display at B&N, it was our first introduction. Written in 1943, Marshmallow has the same feel as other classics like The Little House or Blueberries for Sal

. It's a slow, gentle story about a tabby cat named Oliver and Marshmallow, the new bunny in the house. At first Oliver isn't sure about Marshmallow, the shy quiet rabbit that Miss Tilly brings home. But Marshmallow's delightful personality eventually wins over Oliver.

The story is a little long for toddlers, but I believe preschoolers and kindergarteners will love this well-written and sweetly illustrated tale of two unlikely friends. I especially enjoyed the little poems sprinkled throughout the story that Miss Tilly writes about Marshmallow.

I'll admit it. Martha and I are not always on speaking terms, but when I ran across this recipe for MYO marshmallow bunny "peeps" I knew I had to try it. As with most Martha recipes - and pretty much everything else I try - it ended up being way more work than I had anticipated. Still, they turned out awfully cute!

I copied the recipe below from marthastewart.com but have included notes of my own. 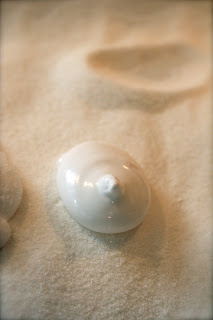 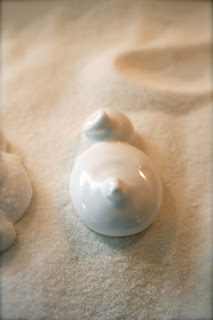 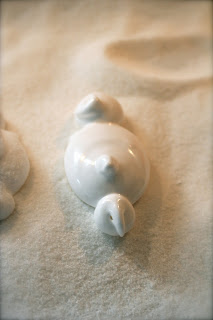 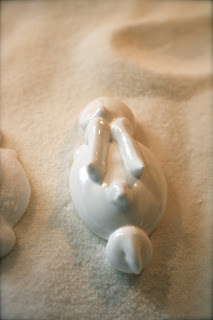 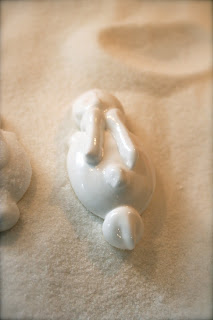 Be warned: this is a messy project. By the end of the process my hands, arms, and camera were covered in marshmallow!  (Don't worry, it didn't get on the lens.) Like I mentioned earlier, the recipe left something to be desired for flavor, but the finished product is undeniably adorable. Can't you just see this guy right at home on top of a green-frosted cupcake? 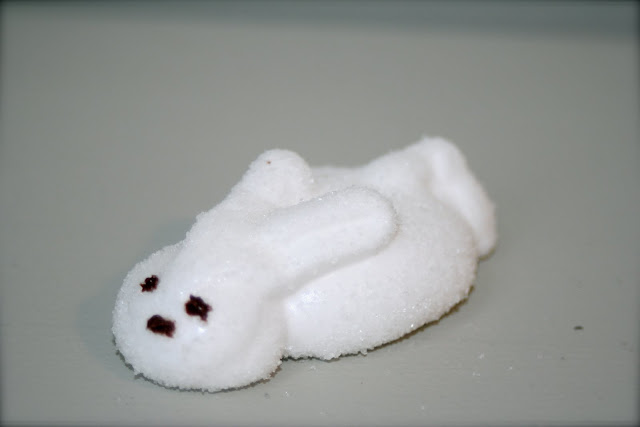 If you try making your own bunny peeps, link back to me. I'd love to see the results!

Check out all the other great projects at:
- DIY Day @ A Soft Place to Land
- Get Your Craft On @ Today's Creative Blog