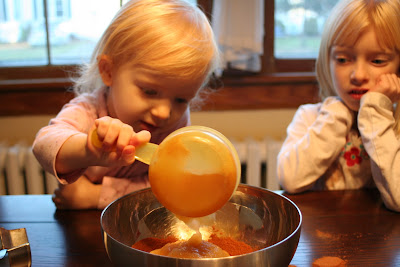 It's been a tough year. 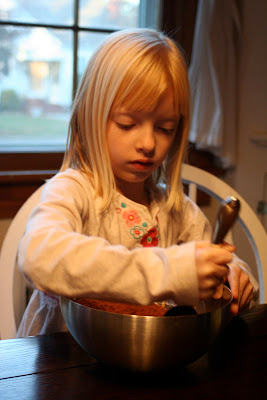 I have to admit, it's been difficult to get into the Christmas spirit. 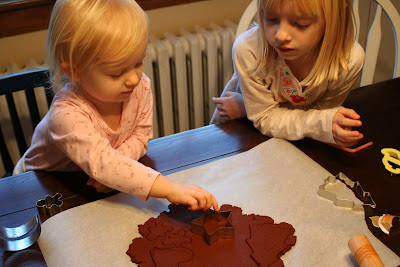 But with a little cinnamon and applesauce - and the help of my two beautiful little girls - I whipped up some Christmas cheer this afternoon. 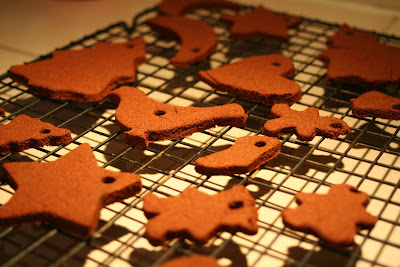 There's nothing like the smell of cinnamon wafting through the house! 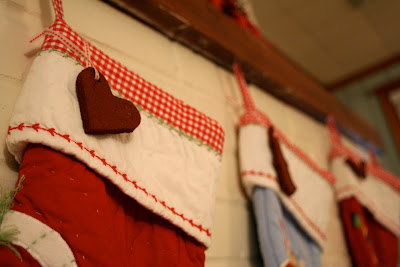 In the end, we created not only cinnamon ornaments but also a better attitude for the whole season!
Cinnamon Ornaments:
Mix 1 cup + 2 tablespoons of cinnamon with 3/4 cup applesauce until dough forms. You'll have to use your hands at the end. Roll out between 2 sheets of saran or parchment paper until about 1/3 inch thick. Cut with cookie cutters and use a straw to punch holes for the ribbon. Bake at 200 degrees for 2 1/2 hours.
Mortimer's Christmas Manger

Have you seen this Christmas story from the creators of Bear Snores On? It's sweet and will remind your kids about the reason for the season! Mortimer doesn't like the dark hole where he lives. When he sees a manger scene, it looks like the perfect place to make his home. He evicts the statues and settles in. But when he overhears the telling of the Christmas story, he understands the significance of the statues he's removed. He reverently returns the statues to their space and prays to Jesus for a home of his own... just in time to spy the Gingerbread house across the room!