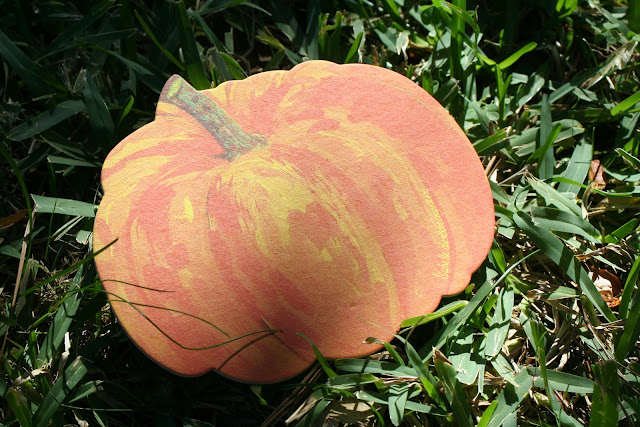 Target has these adorable pumpkin coasters in their party/paper products aisles. I originally bought them to use as invitations, but the possibilities for crafts and activities is just too tempting! They're perfect to string together into a fall garland, draw faces on for the 5 Little Pumpkins, or simply scatter across the yard to create a pumpkin patch. 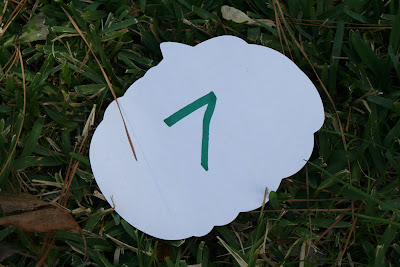 I wrote numbers 1-10 on the back of the pumpkins and spread them around the yard for A to find and place in her bucket. The idea was to introduce her to the numbers as she picked up each one. 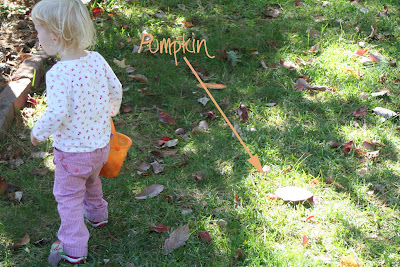 The fatal flaw in my plan was believing my two year old would want to pick up the pumpkins and place them in her bucket. 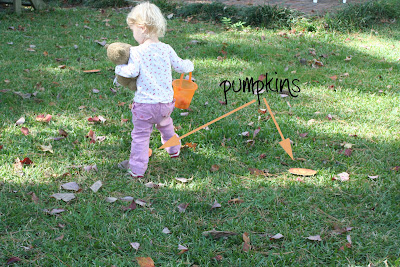 It never occurred to me that she would prefer the pumpkins on the ground where they lay. 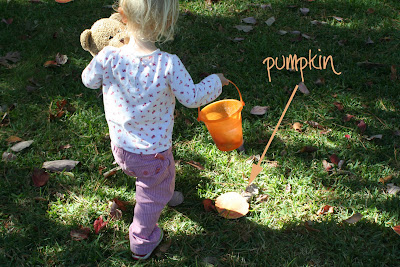 I guess I'll wait until E gets home from school. Then we can use the pumpkins to demonstrate the mathematical concept of doubling, like in the book: