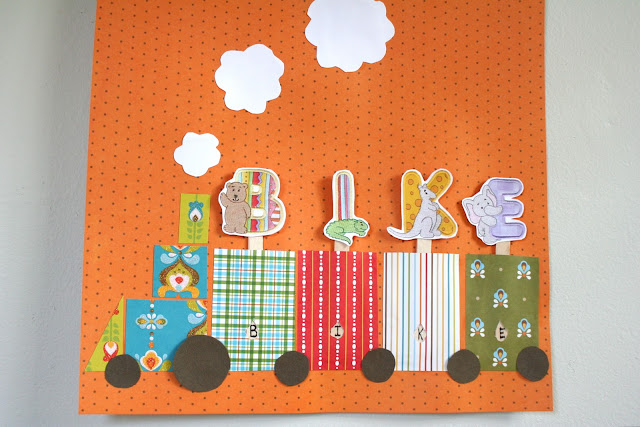 You'll forgive me as I toot my own horn (aren't I witty?) but I think this spelling train I made E turned out absolutely adorable. Using some scrapbook paper, I created a shape train, leaving pockets in each of the cars.  To go in those pockets, I labeled 26 popsicle sticks with the letters of the alphabet, topping them off with animal alphabet graphics I found online. 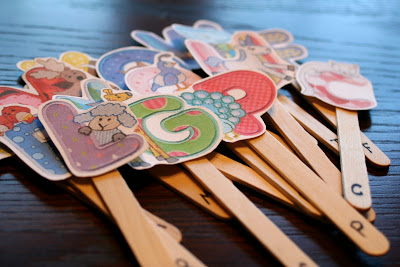 Four letters slip into the box cars, allowing E to spell different words and play around with rhymes. 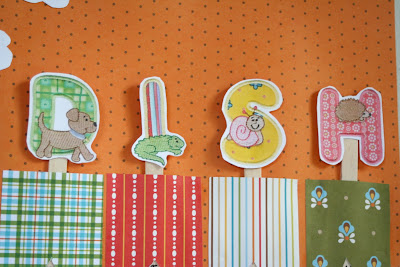 Holes I punched in each box reveal the letter there as well. 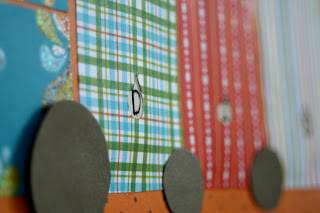 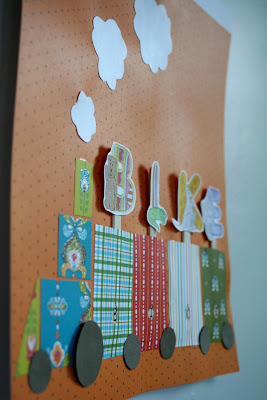 The Little Engine That Could

You knew I'd be featuring this book at some point this week! Of course everyone has heard of the story, but have you ever read the full, original version? Because of its title - and its famous catchphrase "I think I can!" - I always thought this book was about the power of positive thinking. But the true title of the book should be The Little Engine that Would. It's basically the story of the Good Samaritan: Toys on a broken down train plead with a series of passersby to stop and help them deliver good things to the children on the other side of the mountain. Train after capable train refuse for one reason or another. Finally, the little engine, who wasn't sure if she even could climb the mountain, agrees.

E has always loved this book, and while I often created my own abridged version for her, I appreciate the moral of helping others against insurmountable odds. Sometimes, you just can't beat a classic.